This month, MASSP has been collecting signatures on a petition to Michigan's Congressional delegation, urging them to support more funding for K-12 education. In just over three weeks, 5,017 public school advocates signed on to support our students and schools. This is by far the largest response MASSP has ever received in a grassroots advocacy campaign, so THANK YOU FOR TAKING ACTION!

If you haven't signed yet, the petition is still open, so click here to add your name.  At the end of month, MASSP will be sending a letter to each member of Michigan's Congressional delegation with the results of this survey (including the number of their constituents who signed on) and reiterating our call for action.

In the meantime, we wanted to share a breakdown of the results with you. In total, MASSP gathered the roughly 5,000 signatures we received from over 600 different cities, 80 of Michigan's 83 counties, and across all 14 Michigan Congressional districts. As you can see from the map below, northern Michigan and the Upper peninsula turned in some of the strongest numbers. 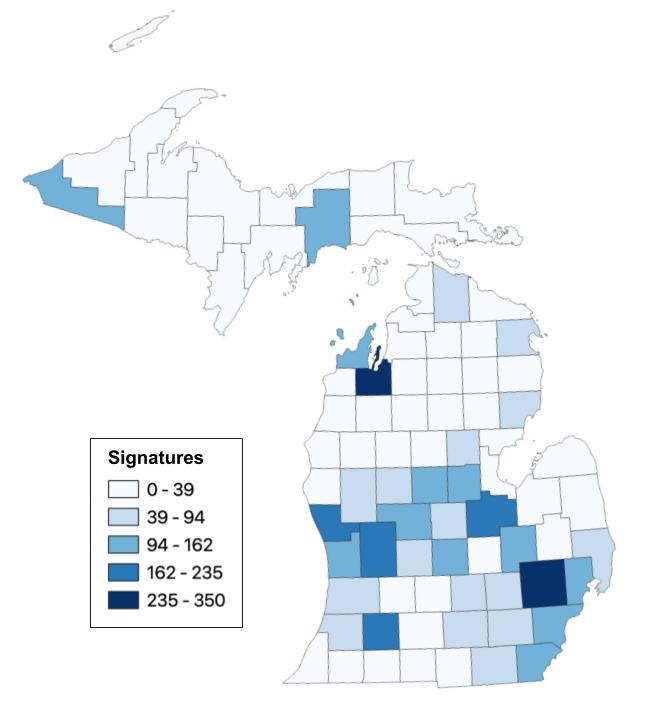 Typically, urban areas have an advantage when it comes to top 10 lists based on raw numbers, it was not only our state's largest urban centers that generated the top 10 largest number of signatures by city.
In particular, Ironwood was tied for the number 5 ranked city overall with 97 signatures. And with a population of just under 6,000 (per the 2010 census) that number represents roughly 2% of the city's total population! 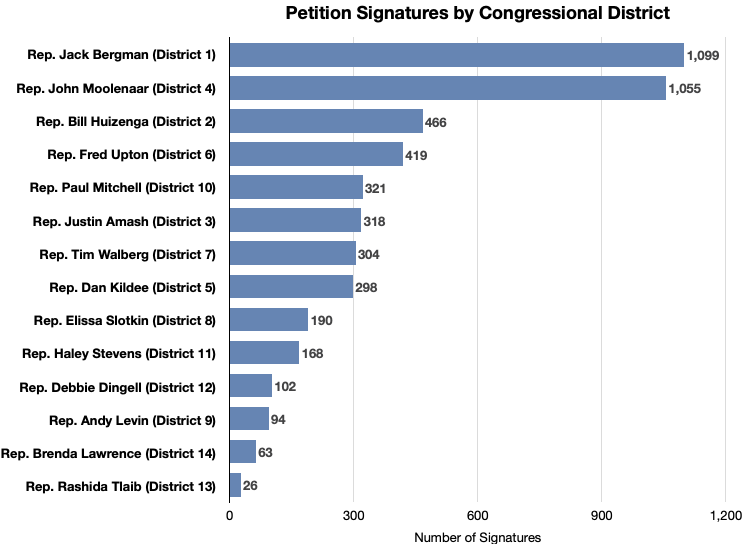 This is far and away the best response MASSP has had to a grassroots campaign, which means that Principals didn't just take action themselves, but reached out to other educators and acquaintances, shared the campaign on social media, and generally raised attention to this issue. Our collective success is a testament to your hard work, so thank you again for your great work in this campaign!